a. The PC needs to have a Win or Linux installation and needs to be able to run SSH client software, such as Xshell;

1. Make sure the PC is properly connected to the internet;

2. Ensure that COTX X1 Lite is connected to the internet;

3. Ensure that the PC and COTX X1 Lite are on the same respective LAN for SSH operation of the gateway, eg: 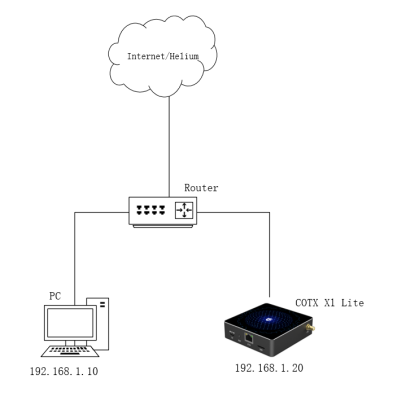 Password: the last six digits of the label "MAC", ignoring the colon, and in lower case, as follows:
ec6482 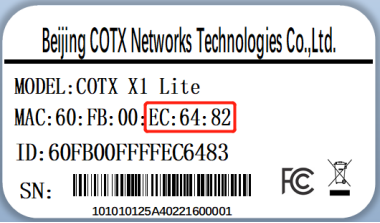 3. The command is executed with the object output, where the "txn" field is required as input for the user to operate the CLI Wallet.

Step2: User operates the CLI Wallet to import the payer WALLET_ADDRESS and confirms the specified “add hotspot” transaction based on the "txn" returned by Step 1

1. Download the latest version of the CLI Wallet, place it in the virtual machine and unzip the file after successful download. 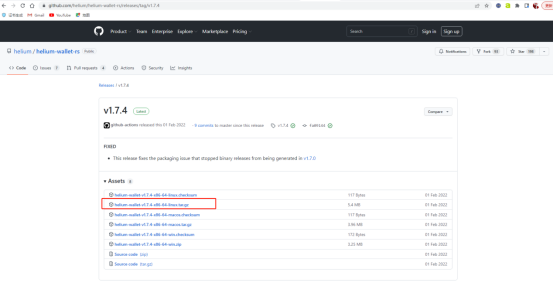 2. Open the virtual machine and go to the CLI Wallet unpacked file directory as follows:

3. Import the user's payer WALLET_ADDRES, the Helium wallet address that the user previously registered with.

l  Then enter the 12 helper words of the user Helium wallet for the wallet import.

l  Check your wallet information via the command to confirm that you have sufficient balance.

4. To confirm the "add hotspot" transaction specified by "txn" using the cli wallet, enter the 12 helper words for the wallet once after the command output (note that the txn generated in the previous step is entered after "add").

6. Some time after the transaction is confirmed (half an hour or so), the list of devices under the user's CLI Wallet is checked and if the addition is successful, the "address" returned by Step 1 will appear in the list to which the wallet is bound and the City will be empty, i.e. the next step is to insert the location.

2. Enter the command to see if the gateway location has been set successfully, at this point, the COTX X1 Lite Hotspot is added.

Was this article helpful?

Thank you for your feedback

Sorry! We couldn't be helpful

Thank you for your feedback

We appreciate your effort and will try to fix the article

Articles in this folder -